Mary Anna Evans is an award-winning author, a writing professor, and she holds degrees in physics and engineering, a background that, as it turns out, is ideal for writing her new book, The Physicists’ Daughter. Set in WWII-era New Orleans, the book introduces Justine Byrne, whom Mary Anna describes as “a little bit Rosie-the-Riveter and a little bit Bletchley Park codebreaker.” When Justine, the daughter of two physicists who taught her things girls weren’t expected to know in 1944, realizes that her boss isn’t telling her the truth about the work she does in her factory job, she draws on the legacy of her unconventional upbringing to keep her division running and protect her coworkers, her country, and herself from a war that is suddenly very close to home.

In addition to writing crime fiction, she writes about crime fiction, as evidenced by the upcoming Bloomsbury Handbook to Agatha Christie, which she coedited with J.D Bernthal.

Her other fiction includes Wounded Earth, a suspense novel featuring environmental scientist Larabeth McLeod, and Jewel Box, a collection of short fiction and essays. Wounded Earth is available in trade paperback and ebook editions, and an audiobook edition will be released in November 2020. Her short story collection, Jewel Box, is available in paperback and ebook editions. Your Novel, Day by Day: A Fiction Writers Companion is a guide intended to take the aspiring novelist from blank page to finished book and it is, like Wounded Earth and Jewel Box, published by Joyeuse Press.

For the incurably curious, Mary Anna’s first published work, her master’s thesis, was entitled A Modeling Study of the NH3-NO-O2 Reaction Under the Operating Conditions of a Fluidized Bed Combustor. Like her mysteries, it was a factually based page-turner but, no, it’s not available online. 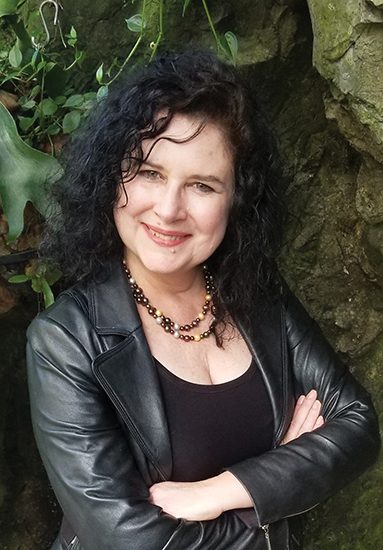